Heat source of the geothermal heat exchanger heat pump system is the geological rock; therefore a borehole of 20 to 200 m is made in crust during implementation. The simple U, the double U or coaxial heat exchanger is introduced vertically in this borehole on the primary side. In the closed loop refrigerant circulates that transfers the absorbed energy to the heating system on the secondary side by means of heat pump.

Heating, cooling and warm water supply of building can be solved with this technology; it means it allows independence from distance heat and gas suppliers.

Since the heat exchanger utilizes the inner heat of the Earth, its heat absorption is independent of the weather. The further advantage that we use spot drilling so the ground must not be drilled on a great surface.
The operation of heat pump need electricity that is provided by electricity supply companies at preferential tariffs. The geo-tariff is provided on ELMŰ-ÉMÁSZ area (Electrical Works-North Hungarian Electricity Supply Company, short in Hungarian: ELMŰ-ÉMÁSZ) throughout the year; maybe the geo-tariff can be utilized country-wide but only in the heating season.

The heat pump system with heat exchanger means the utilization of renewable energies and such systems should be promoted by all member countries according to targets of European Union for 2020. Also in Hungary there are several tenders to bid (KEOP, ZBR).

These subsidies shorten significantly the payback period of heat pump systems; it might be reduced even up to 5 years.

When designing heat pump systems we suggest performing Thermal Response Test for the definition of thermal efficiency to be absorbed from the primary side in case of big investments, i.e. above 30 kW in order to ensure well-founded geological design of heat pumps.

For evaluation of borehole tests we generally use the German GeoLogik TRT Software in addition to analytical method. 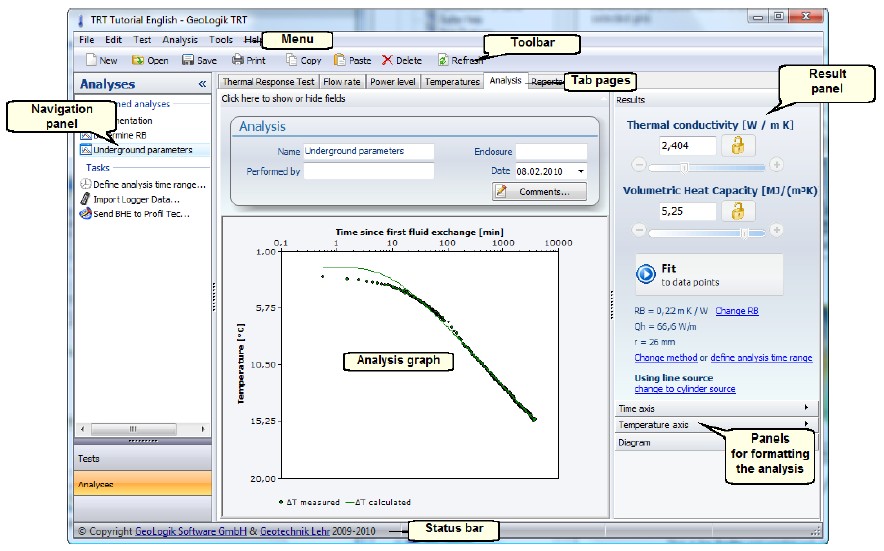 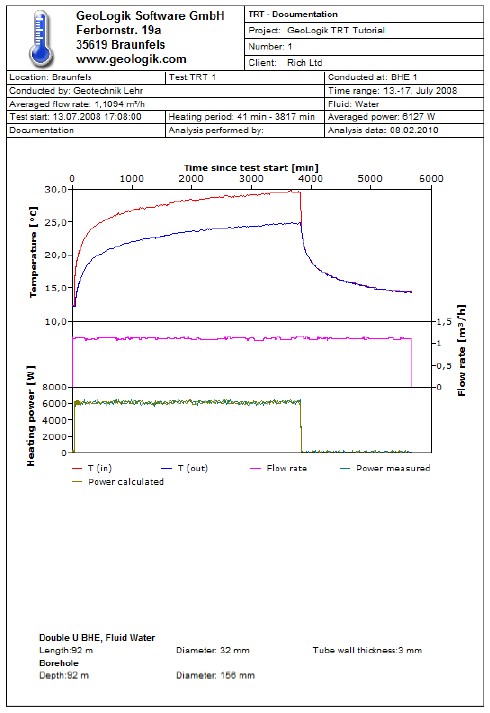 Based on data received from the client and on the results of the borehole test we are in position to sizing different heat pump systems with several modeling software. The EED (Earth Energy Designer) program can be used for vertical borehole systems as a routine method used in Europe for similar projects. 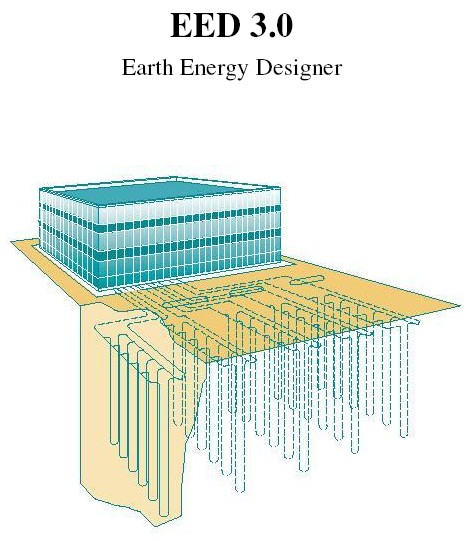 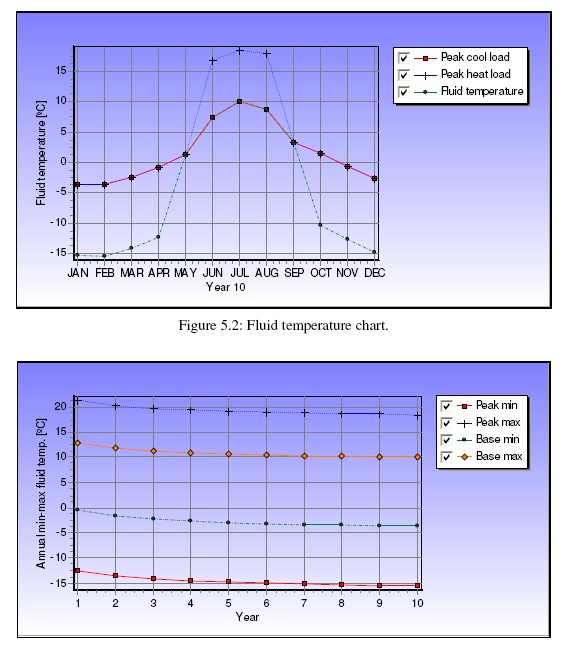 With GLD (Ground Loop DesignTM) program the sizing of both horizontal collector and surface water heat pump systems becomes possible in addition to vertical borehole systems for a wide range of application from family houses up to business buildings. 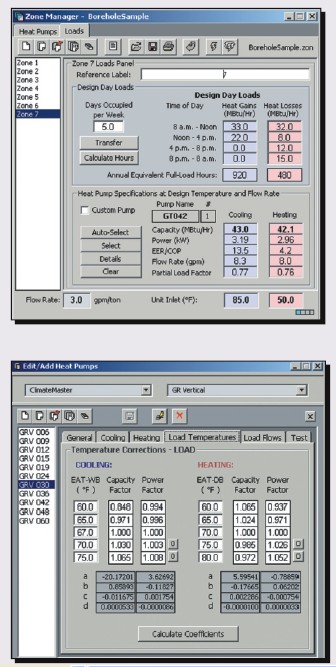